Dancing in the Blacklight

Madrid-based Jorge Alvariño is an advertising, entertainment and celebrity photographer. He works for companies like HBO and Netflix. ‘Many of the photos I take for advertising campaigns for series and movies are shot with the actors in just 5 minutes. That’s how much time I have to take all the photos the distributor wants for the promotion and they have to be perfect.’ Recently, he put the LUMIX S1R to the test, during a shoot involving paint, models and UV light. ‘I’ve taken a lot of photos with UV light, but none of them match the quality I achieved this time with the new LUMIX S1R.’

He tested the camera during the LUMIX demo tour, at the presentation of the LUMIX S1R. ‘Panasonic gave me total freedom to decide what to do during this demonstration. Shooting a dancer with UV light was a perfect way to show the potential of this camera. I’ve been working with UV light for several years now, but haven’t done anything with such dynamic movement before. I wanted to show the versatility of the LUMIX S1R by shooting in very bad lighting conditions. In addition, the very extreme colours we chose for the make-up also demonstrate the LUMIX S1R’s latitude, dynamic range and sensitivity (even at high ISO values).’ Getting the right equipment for this shoot was a challenge. ‘There’s only one Broncolor UV modifier to rent in Spain.

Txomin from TxLab arranged a second one so we could shoot with two UV flashes. During the photos, the most complicated thing was to focus on the right area and freeze the dancer’s movements. Many photos were shot using the autofocus function; for others I focused manually.’ To get the right effect, make-up artist Lolita covered the dancer with black paint, so that her skin wouldn‘t be visible under the UV light. ‘Then different tones of make-up were added in layers during the shoot, using brushes, toothbrushes and hands to create these spectacular finishes. We were perfectly synchronised – she doing the make-up, me taking the photos. It was so much fun!’

The static photos came out just as he imagined them. ‘It's something I’ve done many times before and I knew exactly what the results were going to be. The most interesting thing happened at the end of the shoot. I realised that we had flashes and continuous light so we took a series of shots with an open UV flash and the dancer jumping around. It was totally improvised, and worked pretty well. The magic of life.’ To get the right results, he used two screens with four long horizontal UV tubes, mainly so that the make-up artist and the public could see the make-up. ‘We also had flashes with UV modifiers. It was great fun to work with them because even though I was shooting at maximum power, I couldn’t see the light when the flash fired – just the model’s make-up suddenly lighting up a lot. Despite using flash, we had to shoot at a high ISO and with open diaphragms because the UV modifier consumed a lot of light power. For photos with light trails, I used the technique of open flash, shutter to the second curtain, slow speeds, and flash at the end.’

Alvariño is really enthusiastic about using the LUMIX S1R with the 50mm f1.4 lens. ‘This combination results in an image quality, latitude, colour quality, sharpness and bokeh that I haven’t seen before. The 50mm f1.4 is simply the best lens I've ever used. Before this I could never be certain that there was a clear focus to f1.4 in a 50mm lens. When shooting portraits, the most I dared to open was f2 and still, the focus was not precise enough. With this 50mm I don’t have to worry about it. The manual focus sliding ring is deliciously smooth and completely sealed. No wonder that it’s certified by Leica.’ He’s also a fan of the camera. ‘The LUMIX S1R is very simple to handle, everything is where it ought to be, the menu is easy to use and the size of the camera is just perfect. It’s a very well thought-out camera, designed by photographers for photographers. It feels like the designers were thinking of me when they designed this beauty!’

Spanish advertising and entertainment commercial photographer and LUMIX ambassador Jorge Alvarino began his photography career as a unit still photographer in the film industry where he developed his cinematic, atmospheric and dramatic style shooting iconic cast portraits for posters and magazines. Known for his fine art approach to commercial photography, his calm demeanour and skills leading cast and crew helps him to create a professional and relaxed working environment. He has won several awards at prestigious festivals around the world such as the SOL, FEROZ, LUX, PLATINO, IMP awards. 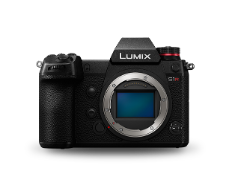 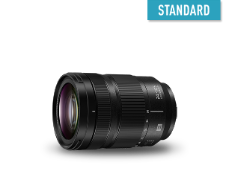 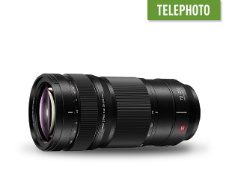 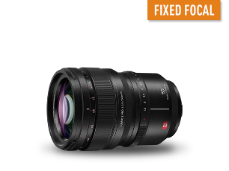