Added to your basket

Sorry, an unexpected error has occurred. Please close this window and try again.

Sorry, this product is currently unavailable at any of our online retailers

Sorry, an unexpected error has occurred. Please close this window and try again. 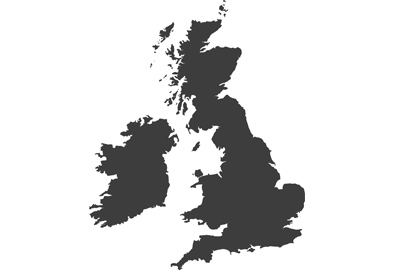 Sharks conservation is vital for our oceans

A whopping 75 to 100 million sharks are killed every year. There aren’t a lot of safe havens for marine animals like sharks; in fact, only 6 percent of all the oceans is designated as marine protected area. ‘That’s far from enough,’ says Joakim Odelberg, conservation photographer and filmmaker. ‘According to scientists, it should be 30 percent at least, and some would say as much as 50 percent.’ He recently travelled to Cocos Island, one of these safe havens where sharks and other marine life thrive. He assisted with a shark conservation project and made a film about the conservation efforts, shooting above and below the surface, which was quite a challenge, especially because of the strong currents. He was able to shoot impressive footage with his LUMIX GH5s.

Diving with sharks has always been a dream of his. He started diving at the age of ten and has dived with sharks several times since then. But this time it was different, even more exciting: ‘Todd Steiner, fellow explorer and executive director of Turtle Island Restoration Network invited me to join him on a conservation project involving sharks at Cocos Island. The island is part of Costa Rica. It’s steeped in pirate lore and is also known as Treasure Island: over 300 expeditions searched for buried treasure before the Costa Rican government prohibited it. It’s popular among divers, not only because of the amount of marine wildlife, but also because of the tranquillity: visitor numbers are carefully regulated. The only people who live on the island are the park rangers.’
The purpose of the trip was to tag different kinds of sharks to learn more about their behaviour, and especially about their migration routes. ‘These sharks swim long distances. When they leave the protected area, their lives are in danger. Most sharks fall victim to commercial fishing, and there’s also plenty of illegal fishing going on just a short distance from Cocos Island. To protect the animals, it’s important to know where they go, so those areas can become marine reservations too.’ Thanks to the efforts of Todd Steiner, Costa Rica and Ecuador are taking steps to protect the sharks’ migration route between Cocos Island and the Galapagos Islands, which are part of Ecuador.

To tag the sharks, they have to be lured with bait and blood. ‘We tagged the sharks not only from the boat, but also in the water. It was the first time I dived with sharks in water filled with fresh blood. Even though humans are not on the menu of tiger sharks, one of the species we tagged, they definitely size you up. You constantly have to look over your shoulder when you’re surrounded by loads of sharks. As with big cats, it’s best to maintain eye contact with them.’ They also tagged hammerheads. ‘We had to use a different strategy. We had to dive very deep, below 30 metres, and hide between the rocks, and then strike the sharks at just the right time with a specially designed stick, used as a kind of harpoon, to attach the tags to their dorsal fins. That was really difficult.’ Documenting the conservation efforts was another challenge, especially because of the strong currents. Joakim shot above and under water with his trusted LUMIX GH5s. ‘Due to its size and functionality, the camera is easy to handle, both in and above the water. I’ve used this camera for several underwater projects and its never let me down. I used an extra monitor on this project, which made it easier to get the right angles.’ He hopes that his film will contribute to the conservation of sharks and other marine life. ‘Sharks are at the top of the food chain of the oceans. They play an important role in keeping marine ecosystems in check. They’re crucial to saving our oceans.’

Joakim Odelberg, LUMIX Ambassador, one of Sweden's premier marine ambassadors, environmental influencers, TV-profiles and critically acclaimed conservation land based and underwater photographers.
Joakim has been working intensively with marine environmental issues since 2007, raising awareness for how critically in danger our source of life on earth is - the oceans. Joakim's work extends far beyond Sweden's borders and he works with several international organisations and foundations, such as Dr Sylvia E. Earle's Mission Blue, WildAid, WWF International and Marine Conservation Institute.
In 2017, Joakim represented Sweden through exhibiting his installation at the UN building in New York during the internationally attended Ocean Conference, and until very recently he hosted the very popular and highly regarded nature documentary series "Mitt i naturen" on swedish pubcaster SVT. 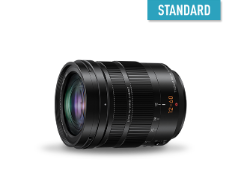 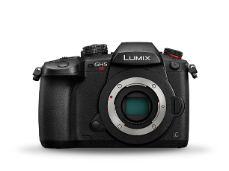 Our website uses cookies and similar tools to improve its performance and enhance your user experience and by continuing to use this website without changing your settings, you consent to their use. To find out more about the cookies we use or how to change your settings, please see our Cookies Policy. OK See More